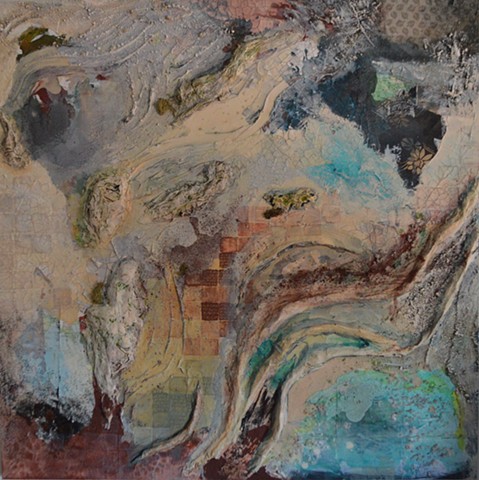 The painting is a meditation on desertification as an environmental force influencing human and wild life . The South Aral Sea in Uzbekistan has been diminishing since mid-20th century, resulting in increased child mortality, maternity deaths, and life expectancy. The salination of soils has made them unsustainable for growing food, and the fish population has declined to zero.*